In the most advanced performance halls and theaters in the world, modern equipment is used, which provides significant facilities to the director to better description of his ideas and special effects of the play. Safety standards and creativity in design needs, has made this market already monopolized by a few limited companies in the world.

In the City Theater project, at the request of the client, a set of moving and adjustable equipment has been designed to picture imaginations that were not previously on display. Modification and installation of equipment such as Rotating Stage, Lifters, Lights Bridge, Fly Bars and other similar equipment along with a fully advanced control system and in accordance with international standards in this large hall will help the director to bring many theatrical ideas to the theater stage.

General specifications of the main equipment designed and built are:

Moving speed between 0.1 to 1.5 m/s continuously

Moving course up to 30 meters

Ability to install up to 64 projectors

Rotational speed up to 2 rpm

Ministry of Culture and Islamic Guidance 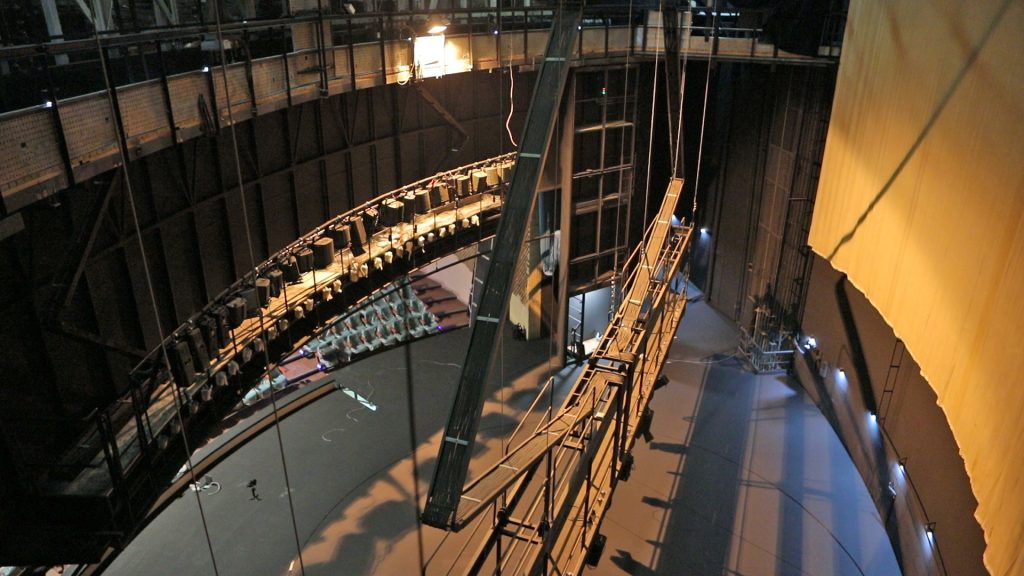